WORD FOR THE MONTH~ AUGUST 2014, THE COMING COLLAPSE 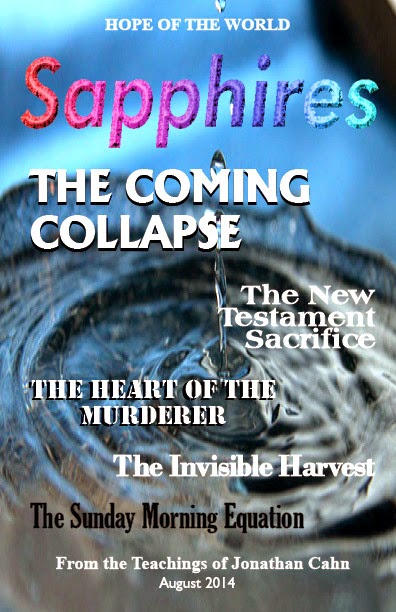 Dear Friend,
We are watching the most rapid moral transformation in human history....

THE COMING COLLAPSE
Word for the Month
Scripture: Isaiah 5:20
See Message: A Supreme Apostasy
A year ago, the Supreme Court struck down the heart of the Defense of Marriage Act, namely the definition that had undergirded marriage since the beginning of human history -- namely that marriage was between a man and a woman. Though some felt that the effects of the decision would be limited, in a message given soon after that the ruling would be used as a precedent by which to strike down marriage as we know in state after state. I wish I had been wrong. But this is exactly what has happened.
Since the ruling, the biblical definition of marriage has been challenged in every single state that upholds that definition. And since that ruling, to the time of this writing, a single judge has ruled in favor of striking down the biblical definition of marriage. Every other court case is in process.
What that means is that it is likely that within a year or so marriage as we have known it, and as every generation of human beings have known it, will be gone. Marriage as the joining of a man and woman, a bride and groom, a husband and wife, will be gone from American soil. It will simply be a union of any two people of any gender, some of which may happen to consist of husbands and wives.
This is something unprecedented in human history. Since marriage and families make up the building block of civilization, the dramatic altering of that building block must end up causing the dramatic altering of civilization. What can we expect to happen?
On the same day that the Supreme Court issued its ruling, the minority opinion, written by Supreme Court Justice Anthony Scalia, stated that the ruling had in effect branded those who disagreed with it as "enemies of the human race." He was affirming the words of the prophet written thousands of years earlier, "Woe to those who call evil 'good,' and good 'evil.' It goes together. Those who call what is wrong 'right' will end up calling what is right 'wrong.' Thus inasmuch as that which is against the Bible is called 'good' and celebrated, that which is for the Bible, namely believers, will be called "evil," and will be persecuted.
We are already seeing the early signs of persecution. And if we can see it now, when, at the time of this writing, the majority of states still uphold the biblical definition of marriage, what will it be like when the majority turns into a minority, and then there are none left? At that time, gay marriage will be established, institutionalized -- and not just gay marriage, but homosexuality. And when that happens, then that and those who stand against it, who uphold the Bible, will be marginalized, castigated, vilified, persecuted, and prosecuted.
Are we ready? These are the worst of times and the best of times. The worst in that evil increases. The best, in that it sets the stage for greatness, for those who will stand stronger, rise higher, and shine brighter.rn Let us not give up in praying for this land. But let us also be ready for the day of our testing -- and of greatness. Practice getting ready by doing what is right, standing for what is true, and living what is of God -- no matter what the cost. And may the Lord greatly bless you as you do.

Your brother and co-laborer in His love and service,

Posted by The Harbinger Ministry at 11:43 AM