The Mystery of the Shemitah Unlocked


Is judgment coming to America?

Be prepared for what lies ahead.
The Mystery of the Shemitah Unlocked DVD is now available!
Order your copy of this fascinating NEW documentary today!
http://goo.gl/IQSoHH
Posted by The Harbinger Ministry at 10:49 AM

CHECK IT OUT! SHEMITAH UNLOCKED TRAILER! CLICK ON LINK TO WATCH!
https://www.dropbox.com/s/3u0fa2q427d7goy/Shemitah%20Unlocked%20Trailer.mp4?dl=0
Posted by The Harbinger Ministry at 11:21 AM 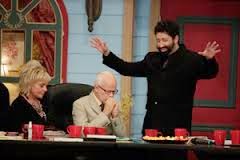 Shalom! Watch Part 2 of The Ready NOW Expo with Jonathan Cahn as the special guest on The Jim Bakker Show (aired 3/26/15)
http://jimbakkershow.com/video/ready-now-expo-spring-2015-day-2/
Posted by The Harbinger Ministry at 11:18 AM 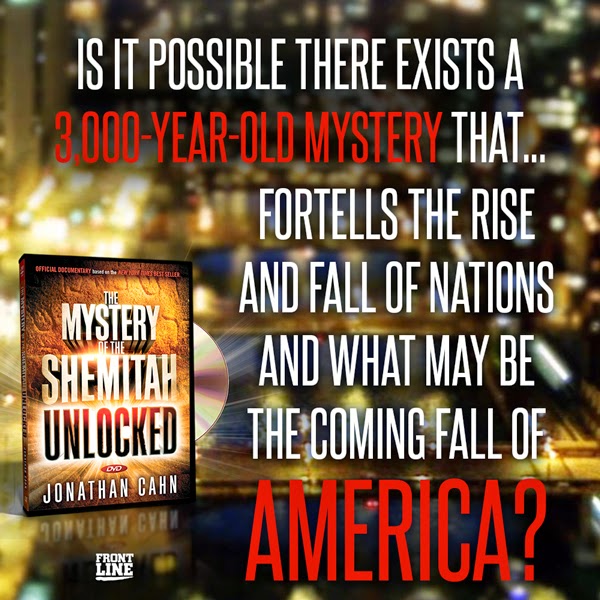 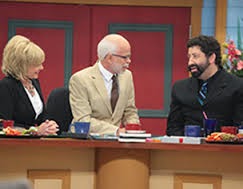 Shalom! Here's Part 1 of The Ready NOW Expo with Jonathan Cahn as the special guest on The Jim Bakker Show (aired 3/25/15)
http://jimbakkershow.com/video/ready-now-expo-spring-2015-day-1/
Posted by The Harbinger Ministry at 11:14 AM 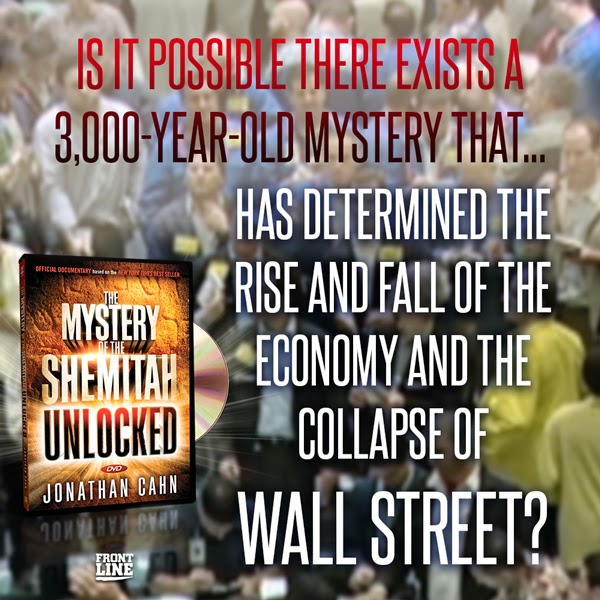 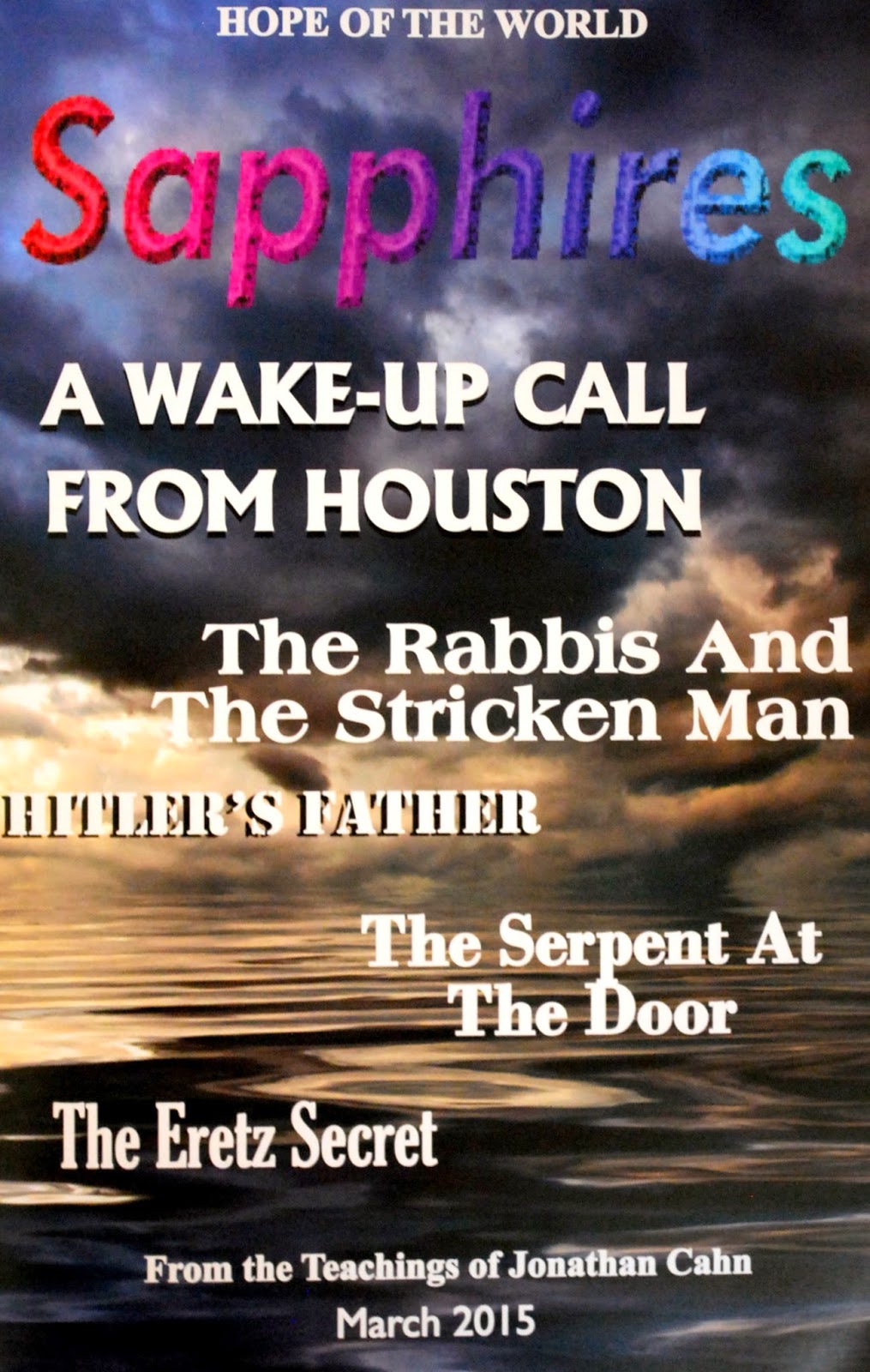 Dear Friend, For those who believe that the "new tolerance" will not affect believers, churches, and religious liberty- a rude awakening.  We have warned of it for years, as have others.  Some thought it could never be. It now is.

A WAKE-UP CALL FROM HOUSTON
Word for the Month & for Sunday, March 1
Scripture: Joshua 1:9
See Message: The End-Time Metamorphosis
& the Elijah Paradigm

The mayor of Houston is Annise Parker, a lesbian activist for Gay causes, who calls her partner Houston's "first lady."  Parker decided to pass a law that would make it legal for any man who identifies as a woman to use the women's restroom, and vice versa.  Thus, conceivably , any man who wants to enter a woman's bathroom, including sexual predators, could now do so.  The law naturally outraged parents, pastors, and other citizens of Houston.

A petition was taken up to put the mayor's law on the ballot and subject to a public vote. The petition garnered 50,000 signatures-almost three times the numbers needed. But instead of yielding to the petition, which had already been certified as valid, the mayor dismissed it as invalid. With the petition dismissed and with no other recourse, a lawsuit was filed against the mayor's administration.

In response to the lawsuit, the mayor's and city's attorneys took an unprecedented action- They demanded that pastors who opposed the mayor's law turn over their sermons, text messages , photographs, electronic files, emails “all communications with members of your congregation” on topics such as homosexuality and gender identity.

It is bad enough that such a law was pushed through. It is even worse that when the public protests such a law, their voices should be disregarded. It is even worse when a petition to put such a law on the ballot is dismissed. But the last part of this story is the most ominous: The government of a major American city has demanded that pastors turn over their sermons to government inspection. Undoubtedly, the inspection would involve a search for statements against homosexuality. In other words, the government is seeking to marginalize, discredit, vilify, and ultimately punish ministers for preaching the World of God.

For perspective-Imagine the lawyer of a Christian mayor of an American city demands that all homosexuals who were against a biblical standard turn over all their public discourses, even private communications, to see if any anti-Christian comment could be found? It would never happen. But for the pastors of Houston, it already has. We now live in a day when those who stand up for God can be subjected to harassment and persecution by the state.

Though the public backlash has caused the government to backtrack from some of its actions, the very fact that this could even happen in America is ominous. And if this could happen at this point in America's departure from God when homosexuality has not even been fully established- what will happen in the days which lie ahead.

Posted by The Harbinger Ministry at 8:45 AM