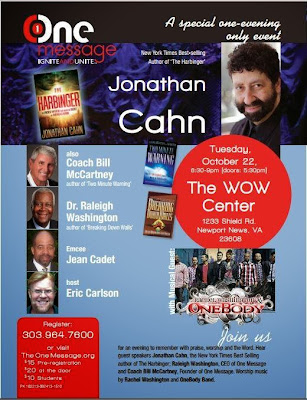 Upcoming Event! Coming to Virginia: A special, one-evening only event with New York Times Best-selling Author of "The Harbinger" Jonathan Cahn, Promise Keepers founder, Coach Bill McCartney, and Promise Keepers CEO and President, Dr.Raleigh B. Washington. Worship will be led by Rachel Washington and One Body.
To learn more and register for this powerful night of worship and anointed teaching, go tohttp://www.theonemessage.org/events/one-message-event/
Posted by The Harbinger Ministry at 2:51 PM 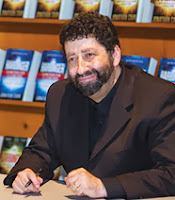 Shalom! Check out this article by Jonathan Cahn "A WORD TO KINGS AND PRESIDENTS,THE ACCOUNTABILITY OF LEADERS IN A NATION’S FALL" in this month's Decision Magazine (by the Billy Graham Evangelistic Association).http://www.billygraham.org/articlepage.asp?articleid=9709 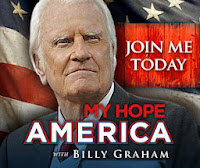 Posted by The Harbinger Ministry at 2:48 PM

Check out the latest article by WND Exclusive~ GOD'S WARNING TO U.S. HEADLINES FOR 75 WEEKS...

Posted by The Harbinger Ministry at 2:39 PM


Shalom! Check out the 3 minute commercial preview and do share. God bless!
http://youtu.be/Y0ykqZ6HpOU
Posted by The Harbinger Ministry at 2:30 PM 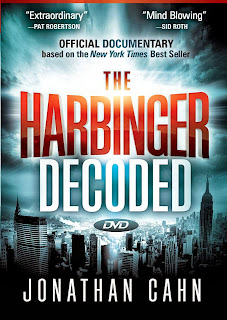 The Harbinger Decoded DVD is available today!http://goo.gl/426MCv (click on link for purchase info)
Posted by The Harbinger Ministry at 2:29 PM


Shalom! Thank you to Oral Roberts University for this link we can now watch/listen in better quality. Warning of Judgement: Jonathan Cahn speaks to the nation on 9/11/13.
Posted by The Harbinger Ministry at 2:25 PM 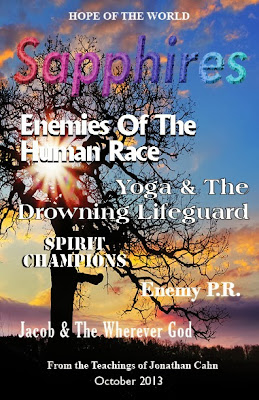 The recent scandal involving the NSA has revealed what many have long suspected -- much of what you do is being monitored and stored by the U.S. government.
Each day, the National Security Agency intercepts 1.7 billion e-mails, phone calls, and other forms of communications. Those e-mails and phone calls are then stored. National Security Agency whistle-blower, William Binney, has claimed that the NSA has collected over 20 trillion transactions of American citizens.
Further, the whistle-blowers say that the NSA has the capability to do individualized searches to find specific transactions and e-mails by searching addresses, phone numbers, names, keywords, and phrases.
At the same time the NSA is now building a colossal data storage center in Utah. This center will reportedly have the capability of storing 5 zettabytes of data. To understand what that means -- one zettabyte is the equivalent of the data capacity of 62 billion iphones -- or the equivalent of the data capabilities of a stack of iphones that stretches from earth and past the moon.
It means that much of your life is, in effect, being watched, monitored, and stored for future use. This includes everything you do and look at on the internet, every person and organization you call, and potentially every word you say over such media. It even extends to what you do when you're not on the web or on your cell phone, as there are more and more "smart cameras" being set in place across America.
What does this mean? The Bible reveals, explicitly and implicitly, that in the last days there will be a one world state with the power to monitor every economic transaction in the world and exercise an almost godlike control on mankind.
Apart from its end-time significance, its immediate ramifications are equally chilling. It has been said that absolute power corrupts absolutely. The Bible reveals that man is inherently sinful. Take that sin nature and give it such increasingly godlike powers and the mix becomes increasingly dangerous. Combine this increase of power with the earlier scandal revealing the government's persecution of conservative Christian, pro-Israel, and pro-life organizations and individuals with the government's increasing powers of surveillance -- and you have a recipe for the kind of persecution implied in biblical prophecy.
Anyone who takes over a government, or who obtains access from government data systems will have the power to know every phone call a believer makes, what is said, and to whom, every e-mail transmission made by every church, every website every believer has ever gone to.
What does that mean for you as an end-time believer? We must realize the hour is late. We are closer to the end-time scenario spoken of in the Bible than we may have ever imagined. We must live our lives in a manner worthy of the times. And this should not lead us to fear. For no matter who is watching you, remember, your God is watching them. Lastly, it is a challenge to seek as best you can, to live a life that can be watched and lead to no shame, transparent, in the light, as a city on a hill.
This month, live in such a pure and godly way that if every eye could see you; you would have nothing to be ashamed of, and may God greatly bless you as you do!

Your brother and co-laborer,
in His love and service,

Posted by The Harbinger Ministry at 11:07 AM