Posted by The Harbinger Ministry at 3:45 PM

The End-Times Fall from God's Order

Posted by The Harbinger Ministry at 3:44 PM

BETWEEN THE LINES
Restoration and windows of grace: Jesus and Trump
Exclusive: Joseph Farah asks if God has given U.S. 'a refrain from imminent judgment'
As someone who has studied Bible prophecy for most of my life, I have been bemused by some of what I have considered over-the-top, sensational proclamations and assertions by fellow believers about Donald Trump being God’s chosen one for a time such as this.
As much as I am thrilled with most everything I’ve seen from the new White House – from the key appointments, to the first priorities, to the consistency in actions, to the tenacity and steadfastness of his heart, honestly, I’ve had trouble swallowing that Trump is God’s Cyrus for the “restoration” of America’s greatness.
In addition, in my new book, The Restitution of All Things, I take a close look at the ultimate restoration of planet earth – what happens when Jesus comes back and what it will be like during His Kingdom.
Then someone posed this question to me: “Where do Jonathan Cahn’s insights fit in with the Trump revolution?”
It made me think.
People who read what I write consistently know what a profound impact Jonathan Cahn’s teachings have had on me personally over the last five years. When I read “The Harbinger,” it was like a life-shaking revelation. It gave me a profound new understanding of the importance of repentance in the life of a nation. It prompted a redirection of my life with a new emphasis on the spiritual things and less on the political.
Don’t get me wrong. I understood the necessity of repentance in the life of each individual. It was a matter of life and death. But there was something in the way Cahn explained 2 Chronicles 7:14 that gave me, I believe, with the anointing of the Holy Spirit, a subtle new way to understand what this meant for nation-states like Israel and America.
It was as simple as this: God was not expecting the populations of entire nations suddenly to turn to Him. Rather, He was expecting – and possibly demanding – that believers in those nations do so, if they wanted to see their countries saved from imminent judgment. It’s a familiar pattern throughout the Hebrew Scriptures.
That seemed reasonable – and hopeful.
And I absolutely believe America has been on the brink of imminent judgment.
Before I move on, let me ask you: Did you believe that, too? If so, do you think it’s possible that Jonathan Cahn’s profound wake-up call issued in “The Harbinger” and “The Isaiah 9:10 Judgment” and his other best-selling works may have been more successful than we thought – leading to a respite for America, a Sabbath rest, if you will, a refrain from imminent judgment, a window of grace?
Cahn’s teachings, books, television appearances and movies have prompted continuously the forming of prayer movements in churches, in para-church ministries and networks across the country. There have been annual days of prayer and repentance with, by all accounts, the participation of hundreds of thousands – maybe far more.
I’m entertaining this idea right now in attempting to answer that question from a reader – as well as my own curiosity and longing to know what’s happening in America – a seemingly shocking, perhaps miraculous, megashift.
I’m not forming a conclusion, nor jumping to one.
Clearly, there is only one restitution of all things in the Bible. It’s what all the prophets from Creation forward point to with hope. It’s what I have been researching continuously for several years.
But there are many examples of windows of grace in the history of the Israel and through the history of the world. I strongly suspect we may be experiencing one of the latter right now.
The dizzying pace of Trump’s complete reversal of the very policies that seemed to be dragging America down into imminent judgment is, after all, remarkable. Who would have predicted it? Did it seem even in the realm of possibility in the near term – in 2017?http://www.wnd.com/2017/02/restoration-and-windows-of-grace-jesus-and-trump/
Posted by The Harbinger Ministry at 1:37 PM

The Mysteries of Eden

Posted by The Harbinger Ministry at 1:29 PM 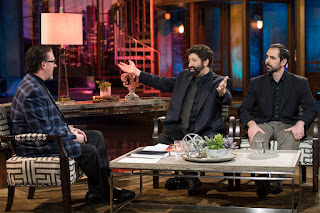 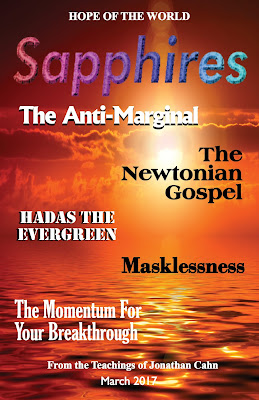