SIGN
UP AND RECEIVE THIS FREE EXCLUSIVE FROM JONATHAN CAHN! The Shemitah
Continues an Exclusive Update in Download. Visit our link at
http://theshemitahcontinues.com/ put in your email and get the
download immediately free!
Posted by The Harbinger Ministry at 9:51 PM 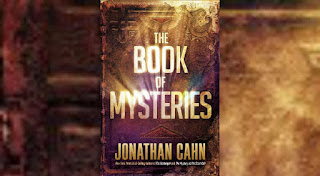 Shalom!  Here are the 2 interviews with Jonathan Cahn about his new book, The Book of Mysteries from 5.3.16.

You must click on links below to be redirected to interview! 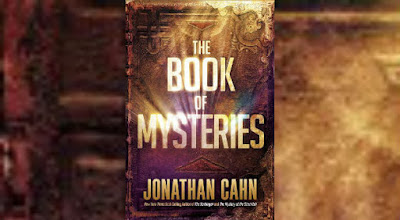 "The Book of Mysteries opens up with a traveler and his encounter with a man known only as "the teacher." In the narrative, the teacher takes him an on odyssey through desert mountains, valleys, gardens and plains, encounters with nomadic tent dwellers, caverns and ancient ruins, chambers of scrolls and vessels, and more. " Read more at:http://www.charismanews.com/culture/56929-exclusive-best-selling-author-rabbi-jonathan-cahn-unveils-cover-of-latest-book
Posted by The Harbinger Ministry at 9:44 PM

Who gave you the power to annul the Word of the Almighty?

Rabbi Jonathan Cahn, author of The Harbinger and The Mystery of the Shemitah, offered this speech and prayer at the "Washington: A Man of Prayer" event on Capitol Hill before members of Congress on Wednesday night.
"Where did you get the authority to overrule the rulings of the Most High?" Cahn said.

http://www.charismanews.com/opinion/watchman-on-the-wall/56849-jonathan-cahn-calls-out-obama-supreme-court-justices
Posted by The Harbinger Ministry at 9:39 PM

2016 Pilgrimage To Israel! Super Tour to the Holy Land

THE 2016 PILGRIMAGE TO THE HOLY LAND

Walk the land of the Bible with Jonathan this November! Experience the land of David, the prophets, Messiah, the Gospel, and the Book of Acts, the land of prophecy, from Galilee, to Jerusalem, and much more!!! November 10th to 20th. Get the application and information at the Ministry Center. Or Call (866) 267-2511 Or Contact: info@coraltours.org
Posted by The Harbinger Ministry at 9:35 PM

From Coast to Coast, Denominations Bridge Their Divides for Revival 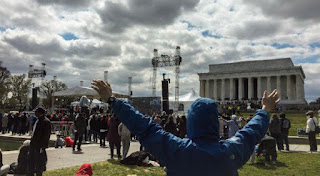 Messianic Rabbi Jonathan Cahn concluded the event and reminded Americans of the many blessings given them by God. But he noted that God is now withdrawing His hand "because we are failing to keep God first." "But," he said, "as long as God lives, there is hope, the light will overcome the darkness."

http://www.charismanews.com/us/56487-from-coast-to-coast-denominations-bridge-their-divides-for-revival
Posted by The Harbinger Ministry at 9:29 PM

"The event concluded with powerful, moving testimony from Messianic Rabbi Jonathan Cahn, who said, “We are here for a prophetic purpose. And the end we’re going to perform a prophetic act.”
Cahn gave a brief history of America’s unique place in the world and the blessings we’ve enjoyed because we put God first. But he noted God is withdrawing His hand because we are failing to keep God first, and instead are making sacrifices of children to Baal.  But he also gave a message of hope. “If these are the days of Baal, these are also the days of Elijah,” he said. “As long as God lives, there is hope, the light will overcome the darkness.”

Posted by The Harbinger Ministry at 9:26 PM

WORD FOR THE MONTH, MAY 2016 THE ISAIAH WARNING 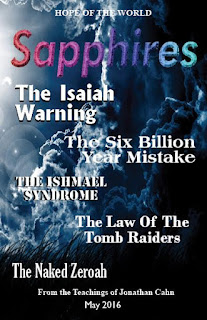 Shalom, to you my Friend and Co-Minister
in the Great Commission,
Scripture: Proverbs 8:13
See Message: The Harbinger Live
To say that we're at a critical time in the history of America and the world is to speak the obvious. But now we're approaching an election that will determine the next four years of this critical time. Where are we? Could he biblical template of ancient Israel provide the key?
The Template And The Warning
I wrote the Harbinger in 2010. Since that time, things have only progressed in the direction of the warning, and the direction of judgement. In fact, there is in The Harbinger a quote from someone who back then had no political prominence and yet who is now running for president. (I won't go more into it, but you can find it in the book). What is the template and warning contained in The Harbinger and linked to Isaiah 9:10? It is the pattern and warning concerning a nation in rapid apostasy from God, having been warned by God, responding without repentance or humility; but with defiance and arrogance as recorded in the vow of Isaiah 9:10. The Harbinger reveals how each of the nine signs or harbingers linked to this vow have now manifested in America with eerie precision.
Where We Are Now
But it is not only the signs of judgement linked to that vow, it is the spirit behind that vow. The Scriptures speak of it as a spirit of pride and arrogance. They were telling God, in effect, "We will not humble ourselves or repent, but we will come back, by our own power, and we will make Israel great again and greater than before. "In the past few years, America has not only failed to return to God, it has accelerated its descent into apostasy. We have crossed the line with marriage. We have continued to kill millions of the unborn, and trafficked their bodies for money. We have now ever begun to throw believers in jail for not going along with our apostasy. And the Supreme Court now hangs in the balance. What we need is prayer, repentance, a return to God; revival. We need this spirit not only in America, but among God's people in America.
The Choice Before Us
We have on one side those running for president who, according to their own stated positions, will only accelerate America's apostasy from God. The front runner has even stated, "Deep-seated religious beliefs...must be changed." And why? So abortion, the killing of the unborn, can continue and expand. On the other hand, there is the promise of our nation becoming great again without any return to God. And many believers appear to be choosing that path over a path based on the matters commanded in the Word of God. Regardless of motives, we need to be clear about what this spirit is- it is Isaiah 9:10- and it leads to disaster.
Let us commit ourselves to pray all the more diligently this month for God's will on this land, for God's Spirit on His people, for repentance, for return, and for revival-and let that revival start with each of us! May God greatly bless you this month as you do!
You brother and co-laborer in His love and service,
Jonathan
Posted by The Harbinger Ministry at 7:20 AM