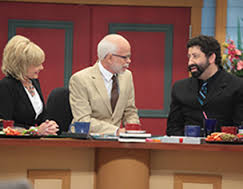 Shalom!  Here's the latest series of Jonathan's guest appearance on the Jim Bakker show.  In this series Jonathan talks about the Harbinger Man documentary, how the Harbingers are still manifesting, and the prophetic
end time mystery of Hanukkah!  Here is Day 1.  God bless!

http://jimbakkershow.com/video/shocking-france-and-harbinger-connections/
Posted by The Harbinger Ministry at 11:07 AM 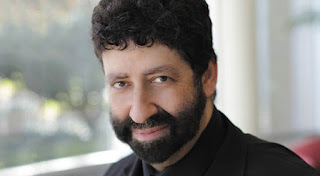 Jonathan Cahn: These Are the Days of the Prophets

As if headlines of war, plane crashes and natural disasters are not enough, Rabbi Jonathan Cahn says the other sign of judgment in the last days is upon us.

Cahn then recites the prophecy of Isaiah: "Woe to those who call evil good and good evil."

At the same time America is "racing" into apostasy, Cahn says, the country is targeting Christians.

Look at Joe Kennedy, who was suspended from his football coaching position for praying on the 50-yard line.

Consider Aaron and Melissa Klein, among others, who have been the subject of a lawsuit for refusing to bake a cake for a gay wedding ceremony.

Watch the video to see what he believes is to come.


http://www.charismanews.com/opinion/52989-jonathan-cahn-these-are-the-days-of-the-prophets
Posted by The Harbinger Ministry at 10:36 AM

Posted by The Harbinger Ministry at 10:26 AM

Jonathan Cahn Explains Why Christians Should Care About Hanukkah
Check out the latest from Charisma News (12.8.15)
Posted by The Harbinger Ministry at 1:05 PM 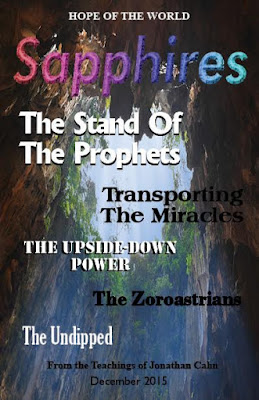 
Ancient Israel was a nation founded on the Word of God and dedicated to His purposes.  Yet, over time, it began to drift away, departing from His ways, more and more rapidly.  It became a civilization at war against its own foundations, a culture turned in against itself, a nation in spiritual schizophrenia.  Even in the wake of  God’s warnings and shakings,  the nation refused to turn back to God, but hardened itself against Him, a defiance that ultimately led to its destruction.  These were the days of the prophets.

THE STAND OF THE PROPHETS
Word for the Month & for Tues., Dec. 1
Scripture: 2 Peter 3:3
See Message: The Abolition of Gray

Imagine you were living then, in the last days of ancient Israel, a time of apostasy, warnings, and judgment. Imagine God had placed you and called you as He did the prophets to minister and fulfill your calling in such a time and place.  How would you do that?  The first thing you’d have to do would be to face the fact – that the Israel you once knew, the Israel that once knew God, no longer existed.  You were now living in a post-biblical nation in opposition to God and His ways.
In the same way, we must all now realize what we are dealing with.  The America we once knew is gone.  Your calling and ministry now exist in the context of a nation in deep apostasy, and a mainstream culture increasingly and ever more brazenly at war with the ways of God.   How do you minister and bear witness in such a culture?  Do you tone down the message?  Do you lighten up the word of God?
What would your answer be?  The need of a nation in apostasy is to hear the truth, and to hear it loud and clear.  Woe to us if we should compromise or remain silent. Woe to us if we should put self-interest and the acceptance of man over what is right.  Woe to us if we should tone down or compromise our preaching and teaching of the Word because of the pressure of the times.  And woe to us if we should fail to stand strong in an hour that requires nothing less.
You don’t have to imagine you live in such a time – you already do. And in such a time, it is crucial that you not become weaker or softer in your witness, but bolder and stronger.  You must now speak with a prophetic voice.
You must take up the mantle of the watchmen. And for the watchmen to fulfill his charge, he must stay separate from the city.
In the same way it is crucial that you all the more live separate from the sins of the culture that surrounds you – and all the more live all out and holy to fulfill the calling God has given you.
Only those willing to be different can make a difference.
And the watchman must keep his post in his watchtower and dwell more deeply in the presence of God.
Finally, the watchman must lift up his trumpet, set it to his mouth, and blow, with all his might, so that his city might be saved.
Take your stand.  Live holy.  Live strong.  Live uncompromised.  Fulfill your charge as a watchman and your calling for such a time as this.
This month make it your aim to rise to this charge, and may God greatly bless you as you do!
Your brother and co-laborer
in His love and service,

Posted by The Harbinger Ministry at 9:30 AM