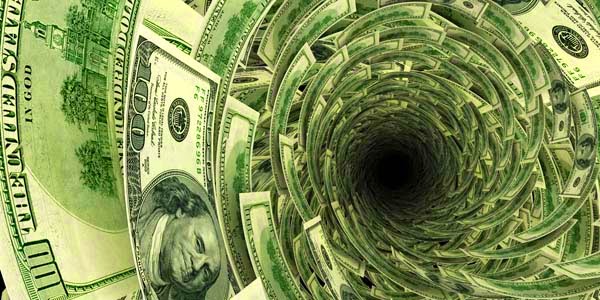 WND EXCLUSIVE~ Shocker! Economic crashes linked to Bible pattern
'Harbinger' author's new book unlocks 'The Mystery of the Shemitah'
Read more at http://www.wnd.com/2014/08/shocker-economic-crashes-linked-to-bible-pattern/#gVHCLaiIMxS1JGTl.99
WASHINGTON – Wait until Wall Street figures this one out.
The eight greatest postwar economic crashes are all mysteriously connected to a biblical Sabbath year pattern known in Hebrew as “the Shemitah,” reveals a book about to be released by the author of “The Harbinger,” the bestselling Christian book of the last three years.
The much-anticipated sequel by Jonathan Cahn is called “The Mystery of the Shemitah” – and it is certain to rock the world of financial speculators, stock market traders and economists.
Among the stunning findings of the author who found jaw-dropping links between the 9/11 terrorist attack and an otherwise obscure biblical passage, Isaiah 9:10, is that 100 percent of the worst U.S. economic calamities since World War II are all lined to the “Shemitah,” the biblical Sabbath year, its wake or the biblical month of Tishri in which the “Shemitah” falls.
“I have to tell you, economically speaking, this new book by Jonathan Cahn is one of the scariest things I have ever read,” said Joseph Farah, producer of “The Isaiah 9:10 Judgment,” the bestselling documentary film made with the author about the subject matter of “The Harbinger.” “If ‘The Harbinger’ got your attention, ‘The Mystery of the Shemitah’ will have you on your face praying.”
While “The Harbinger” and “The Isaiah 9:10 Judgment” showed that the economic crashes of 2001 and 2008 occurred on the last day of the “Shemitah,” Elul 29 on the biblical calendar, the new book examines other economic crashes of the last 60 years and finds similar striking links to the pattern.
The book, releasing Sept. 2, comes out on the eve of the next “Shemitah” cycle, which ends Sept. 13, 2015 – a day that will also feature a solar eclipse. The good news for Wall Street is that the date falls on a Sunday, so the stock market will be closed.
If you haven’t read “The Harbinger” or seen “The Isaiah 9:10 Judgment” yet, now is the time to catch up on the groundbreaking spiritual detective work of Jonathan Cahn.
In 1931, a solar eclipse took place on Sept. 12 – the end of a “Shemitah” year. Eight days later, England abandoned the gold standard, setting off market crashes and bank failures around the world. It also ushered in the greatest monthlong stock market percentage crash in Wall Street history.
In 1987, a solar eclipse took place Sept. 23 – again the end of a “Shemitah” year. Less than 30 days later came “Black Monday” the greatest percentage crash in Wall Street history.
Is Cahn predicting doom and gloom on Sept. 13, 2015? He’s careful to avoid a prediction, saying, “In the past, this ushered in the worst collapses in Wall Street history. What will it bring this time? Again, as before, the phenomenon does not have to manifest at the next convergence. But, at the same time, and again, it is wise to take note.”
To top it off, “Shemitah” years are also grouped in sevens – with the 50th year being a year of jubilee – or trumpet blast.
“The jubilee was something of a super Shemitah,” writes Cahn. “It was the Shemitah taken to a new level. In the year of the Shemitah the land rested – so too in the Year of Jubilee. In the year of the Shemitah came release. But in the Year of Jubilee the release took on new meaning. It was not simply the letting go of land or debt. In the jubilee, slaves and prisoners were set free. It was thus the year of liberty.”
A cross formed from the Sept. 11 wreckage at Ground Zero in New York City
While no one is certain when the year of jubilee is, Cahn presents evidence that the next one may coincide with the end of the next Shemitah year – again Sept. 13 on the Gregorian calendar.
Cahn also looks at the five greatest financial turning points of the past 40 years and finds they are connected to the Shemitah cycle.
As he puts it, “From the 40-year period beginning in 1973, every single one of the five greatest financial and economic peaks and collapses have converged, clustered and taken place according to the set time of the Shemitah.”
“Something very much more than natural is indeed going on,” concludes the understated Cahn. “And the signs of the phenomenon all point to the same ancient biblical mystery. If the collapse of the world’s stock markets were an act of crime, the Shemitah would have long ago been indicted for the evidence left at the crime scene. In its numbers, its connections, its convergences, its percentages, its magnitude and its consistency, the amount of fingerprints covering the financial cataclysms of modern times is overwhelming.”
Likewise, “The Mystery of the Shemitah” is somewhat overwhelming, too. The economic coincidences are only part of the story. The book also explores the rise and fall of kingdoms and their connections with the Shemitah cycles – its connections with World War I, World War II and the Cold War.
But Cahn is careful not to predict what will happen in the coming Shemitah year.
“The phenomenon may manifest in one cycle and not in another and then again in the next,” he writes. “And the focus of the message is not date-setting but the call of God to repentance and return. At the same time, something of significance could take place, and it is wise to note the times.”
Cahn also notes the fact that 2014 and 2015 are marked by a series of blood moons – a pattern that began on Passover 2014 and will conclude on the Feast of Tabernacles in 2015, as discovered by Pastor Mark Biltz, author of “Blood Moons” and the inspiration for a documentary of the same name.


Posted by The Harbinger Ministry at 1:38 PM