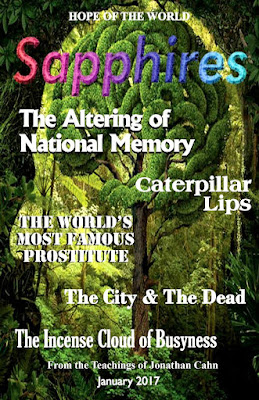 WORD FOR THE MONTH & FOR SUN., JANUARY 1~ THE ALTERING OF NATIONAL MEMORY


Shalom, to you my Friend and Co-Minister in the Great Commission,

THE ALTERING OF NATIONAL MEMORY
Word for the Month & for Sun., January 1
Scripture: Psalm 143:5
See Message: After the Shaking

When Jacob woke up from his dream in which God spoke to him, he set up a rock to serve as a memorial to the encounter. When the Israelites crossed the Jordan River into the Promised Land, they set up a monument of stones to serve as a memorial of that crossing. The rocks would be unchanging reminders of the nation’s past, part of its collective memory. Rocks and monuments serve to preserve, reinforce, or create a national memory.
When Jeroboam sought to change Israel’s identity from a godly nation to a pagan nation that worshiped idols, he built two golden calves and told the nation: “Behold your gods O Israel, that brought you up from the land of Egypt.” Jeroboam was rewriting history. He was altering Israel’s national memory – and doing so through the monument of a golden calf. If one can alter a nation’s memory, one will alter that nation’s identity and future.
And so it is especially noteworthy what President Obama did this past summer. He declared the Stonewall Inn in New York City to be a national monument. Stonewall was now something all Americans were to celebrate. It was now to be enshrined in America’s national memory.
What exactly was this new monument and shrine that we’re now to venerate? Stonewall was a gay bar run by the Mafia and raided by police who regularly received bribe money from the bar. During one of these raids, the patrons of Stonewall fought the police who found themselves trapped inside the bar. Angry patrons then threw garbage into the bar and lit it up on fire. Then someone poured lighter fluid into the bar to cause an even greater fire. This is what we were called on to venerate.
The point of making this a national monument is to alter America’s national memory. It is to convert the history of the gay agenda into the hallowed history and sacred memory of the nation as a whole. By altering a nation’s memory, one also alters a nation’s identity and future.
At the same time, it is no accident that in the same day that America enshrines immorality as a national monument, it is striking down the monuments of morality and righteousness. All across the land, monuments to the ten commandments, to Jesus, to God, to the cross are being removed, struck down, torn down. What does that signify? A monument is a memory. To remove Christian or godly monuments, is to seek to eradicate the memory of God and Christianity from the nation’s consciousness. Alter that memory, and you alter the nation’s identity – no longer Christian – and you alter its future – godless.
In such a time, it is crucial that we as God’s people all the more obey the command to remember – to remember His Word, remember His ways, remember His commands, remember His order, remember His truth, remember His power, and remember His love. This month, be in His Word all the more, and let it change your identity – and thus, your future. And may God greatly bless you as you do!
Your brother and co-laborer
in His love and service,

Posted by The Harbinger Ministry at 7:41 PM