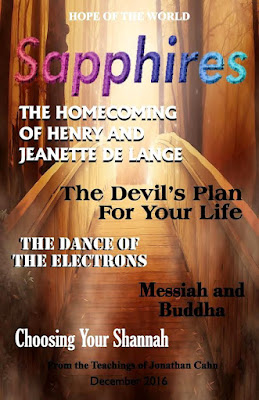 WORD FOR THE MONTH & THURS., DEC. 1~ THE HOMECOMING OF HENRY AND JEANETTE DE LANGE
Shalom, to you my Friend and Co-Minister in the Great Commission,
Not every news story is bad. This month a news story that goes against the spirit of the age. I pray it encourages you.
The Homecoming of Henry and Jeanette De Lange
Word for the Month & for Thurs., Dec. 1
Scripture: Ps. 20:3
See Message: The Bride and Groom Renewal
Jeannette and Henry were married in 1953. They were both active in their church; Henry, as a deacon and elder, and Jeannette as the church organist, and a woman involved with ministries of charity as she raised her five children. In the words of one of their children, “Mom and Dad were Christians. They loved Christ.”
In their latter days, Jeanette suffered from Alzheimer’s Disease and had to be put in a nursing home from 2011 onward. Henry would visit her every day, once a day, twice a day, and sometimes three times a day. In recent days, Jeanette’s condition worsened.
At the same time, Henry, who had come down with prostate cancer, was also put into a nursing home – the same nursing home in which Jeanette resided. They ended up in the same room.
Shortly after being put in the nursing home, Henry’s health also deteriorated. The doctor told their son Lee, that his father’s pulse was worsening, about five minutes later, the nursing home aid said, “I think your mom will go very soon.”
The family gathered around her bed and began to read to her Psalm 103. Before they finished, she had gone to be with the Lord. At that point, Lee’s brother, Keith went over to his father and said to him, ‘Mom’s gone to heaven. You don’t have to fight anymore, you can go too if you want.”
Henry was lying in his bed. He hadn’t opened his eyes that day. But after Keith spoke to him, he opened his eyes and looked over intently to where Jeannette was. He then closed his eyes and laid back down.
A few minutes later, Henry too went home to be with the Lord, minutes after the homecoming of his beloved. After 63 years of marriage, the two went home to the Lord together. And at that moment, Henry joined his beloved. The clock on the wall of their room in the nursing home came to a stop, marking the exact time of the departure.
“You couldn’t ask for anything more beautiful,” said their son.
“They wanted so badly to show their love for Christ,” said one of their children, “that they loved one another. It’s natural what they do. For them to be able to be a witness in life, also in death... That’s cool. Really cool.” So it is written: ‘Precious in the sight of the Lord is the death of His godly ones.’
In an age and in a culture that glorifies self-centeredness and self interest, that tells women and men that they have no real need for each other, and that disparages faithfulness, commitment, and self-sacrifice, the story of Henry and Jeanette De Lange speaks otherwise. It is the way of love and faithfulness and self-sacrifice that in the end is the beautiful, the blessed, the sweet, the joyous, and the glorious.
This month, make it your aim to live a life of faithfulness, self-sacrifice, and love. And may God greatly bless you as you do! Your brother and co-laborer
in His love and service,
Jonathan
Posted by The Harbinger Ministry at 1:49 PM