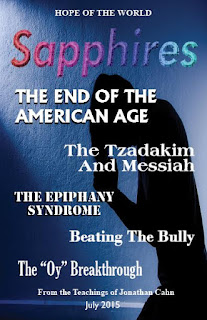 Dear Friend,
Most didn’t notice it. For those who caught it, it came and went with the news cycle – and yet what it signifies was seismic, something that will affect our lives henceforth…

THE END OF THE AMERICAN AGE
Word for the Month & for Wednesday, July 1
Scripture: Matt. 6:33
See Message: The Arbella Prophecy
I noted last month, for those who haven’t yet read The Mystery of the Shemitah, that the word “Shemitah” in Hebrew can be translated as the fall and, by implication, the year of the fall. We are in the year of the Shemitah.
Everyone reading these words, was born in the American age. The American age can be defined as the period of America’s preeminence and supremacy in world history; its time of reigning as what the Bible would call the head of nations.
There are key moments, thresholds, and milestones in this age. First was when America became the strongest economic power on earth in the latter part of the 19th century. The second was when America emerged as the financial center of the world. This was ushered in with the First World War. Third was when America emerged as the greatest military power on earth in 1945, as the nation emerged from the Second World War as the world’s preeminent superpower.
There is a section in “The Shemitah” called The Mystery of the Towers, the year is given for this first milestone, when the American age began. It was 1871 that America surpassed the British Empire to become the strongest economic power on earth. According to an ancient biblical mystery, that milestone event occurred right after America built the highest tower on earth.
Since “The Harbinger” came out, I have warned that if America did not return to God, the crown the nation has borne as head of nations would be removed and the American age we have known for all of our lives would come to an end. The Shemitah began at the end of September. Less than one week after it began, it was announced that America had been overtaken militarily as the Soviet Union now had more deployed nuclear missiles. But it was in the second month of the Shemitah that an even more profound announcement was made. It was this: America was no longer the strongest economic power on earth. The age that had begun 140 years earlier was now over. America’s crown as the leading economic world power had been removed. It had now gone to another power – China.
In another section of “The Shemitah” called The Rise and Fall of Nations, it is outlined how the Shemitah is linked to the ascending and the collapsing of kingdoms, nations, and empires. The Shemitah of 1917 marked the beginning of America’s rise to world superpower as it entered the First World War. The Shemitah of 1945 marked the moment America assumed the mantle of superpower. The Shemitah of 9/11 marked another turning point in American history. As far as this present Shemitah, if nothing else at all happened but that which took place in its first month, the end of the American age, that alone would make it one of the most significant of Shemitahs and years in world history. What does it reveal? America’s economic fall has happened at the same time as its spiritual fall from God. The two go together. The Bible declares, righteousness exalts a nation, but sin is a reproach to any people. America’s problems are not economic or military, but spiritual. And so with your life. Make sure you’re right with God – get everything into His will. Seek Him first above all things. And the rest will fall into place. And God will bless you as you do! Your brother and co-laborer
in His love and service,
Jonathan
Posted by The Harbinger Ministry at 11:37 AM